Stephen Nichols, 84, said he was fired from his job as a Tisbury crossing guard for an alleged "threat." He says his comments were misinterpreted. - Rich Saltzberg. 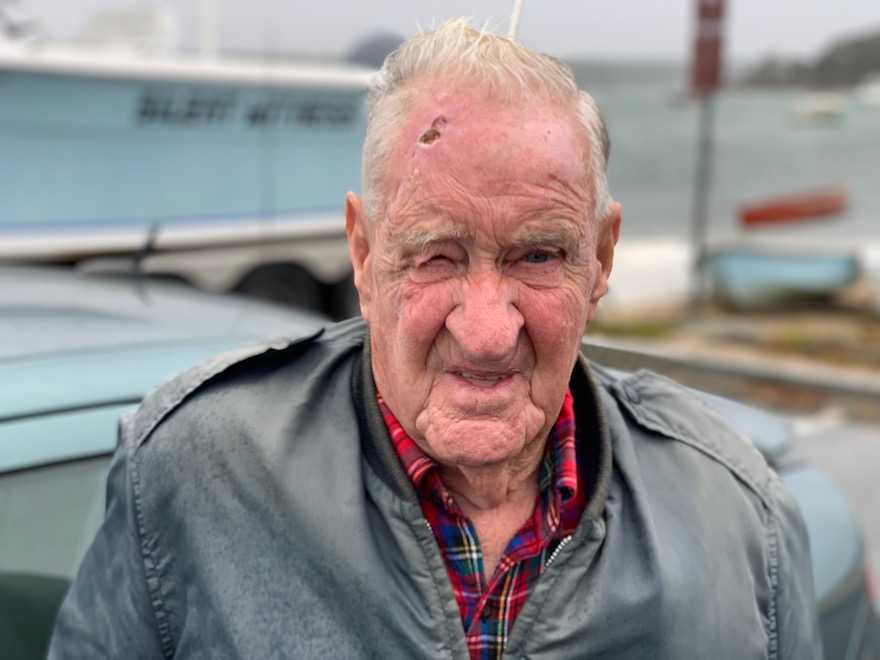 A Tisbury School crossing guard has been relieved of duty and had his personal firearms confiscated for alleged threats to the Tisbury School overheard by a waitress at Linda Jean’s restaurant in Oak Bluffs. Stephen Nichols, 84, of Tisbury, who said his career with the Tisbury Police spanned...

www.mvtimes.com
Red Flag laws are the new gun seizure program promoted by the states to get around the 2A.

Nichols said the waitress made a complaint to Tisbury Police about what she overheard and on the strength of that, Saloio and another officer relieved Nichols of his crossing guard duties while he was in the midst of performing them and subsequently drove to his home and took away his firearms license and guns. R E A L L Y?

Nichols said he never carries guns outside the house and would like to have his license and his guns back, but the fate of the guns may be sealed. “My grandson is manager of a gun shop in Worcester, Mass and he’s going to be allowed to come down and take the weapons and sell them for me,” he said. [So much for due process!!]

Asked if he was given a letter or any paperwork for the seizure of his license, Nichols said, “No he just told me to hand it over so I took it out of my wallet and handed it to him.”

Marcus confirmed Nichols did not threaten the school but pointed out that Nichols thought Ogden [RSO] was having coffee at Xtra Mart and leaving the students potentially exposed.

Marcus said in addition to being a longtime special police officer, Nichols was a court officer and a constable.

[sidebar...here ya go FI...from '...words will never hurt me.' fired, arrested, and without any judicial due process - firearms confiscated & Cc privilege card taken, all because one waitress OVERHEARING and reporting out of context conversation!]
Last edited: Oct 13, 2019

can the "private" waitress be sued for defamation?

FreedomVA said:
can the "private" waitress be sued for defamation?
Click to expand...

no...from my understanding there is no judicial repercussions from filing a 'false police report' much to the chagrin of those who have been killed or injured or hassled due to swat'g activities.
F

Solus quote from another thread

"It is inconsequential what was stated, ."

Until we have a government and court that fully recognizes the 2nd amendment. These thing well happen in those places.

"It is inconsequential what was stated,...” [sorry FI, I believe that you have made it appear as if I stated something other than what I intended which just might be a forum rule violation...(16) NO FALSE ATTRIBUTIONS: Editing quoted posts by another member to make it appear as if they said something other than what they intended will NOT be tolerated!]

Until we have a government and court that fully recognizes the 2nd amendment. These thing well happen in those places.
Click to expand...

my Perception on LE interdiction is there is a report of he said/they said with a viable investigation...again from CoL’s cite, quote: He said nobody at that restaurant but one server holds the opinion Nichols possibly posed a threat to the Tisbury School. Unquote.

so again FI, per the Chief of PD who is reported to have stated to the individual, “He came up and told me what I said was a felony but he wasn’t going to charge me,” Nichols said of Saloio.

but without any further investigation, not an iota of judicial due process whatsoever, or a jury of his peers, an 84 yo employee of the PD was taken from his duly appointed post and taken to his home to have his gun immediately confiscated as well as his carry privilege card taken....and isn’t even going to be charged?

"It is inconsequential what was stated, ."

Until we have a government and court that fully recognizes the 2nd amendment. These thing well happen in those places.
Click to expand...

Actually it IS inconsequential what was said.
Arresting people for what they say happens in police states. Something we are,rapidly becoming because too many people are scared of their own shadow,and condone such actions.

...former Tisbury cop...well, there ya go...likely waayyyy waayyyy behind on his union dues...

In a statement released Monday, Police Chief Mark Saloio, who was actively involved in the investigation of Nichols, said he was never fired, but his job was under review.

This return to work was always pending upon a final review that was in process. Throughout this period, Mr. Nichols has retained his position as a crossing guard for the town. However, these reviews are thorough and complete, and neither immediate nor instantaneous.”

The police department has also refused to release the police report from the investigation, citing the “personnel” exemption of the public records law.

Saloio’s comment about Nichols’ status doesn’t clearly match the crossing guard’s previously stated understanding of his status, nor how Tisbury town administrator Jay Grande responded when The Times asked if a crossing guard had been terminated. “In response to your inquiry, I want to acknowledge that a crossing guard was removed from active status pending a review of personnel-related concerns,” Grande wrote.

At a selectmen’s meeting Tuesday, Saloio was backed and commended by the board, with the caveat there was room to refine some practices. Board chair Melinda Loberg specifically praised the chief’s handling of the situation.

Asked if he was given a letter or any paperwork for the seizure of his license, Nichols said, “No, he just told me to hand it over, so I took it out of my wallet and handed it to him.”


Dan Larkosh of the Edgartown firm Larkosh and Jackson represents Nichols. He said he is pleased Nichols was reinstated. Nevertheless, he intends to file an appeal of the decision by Tisbury Police Chief Mark Saloio to seize guns owned by Nichols, as well as his license to carry. Larkosh said his firm has received repeated offers to contribute to Nichols’ legal costs, including from some national organizations. 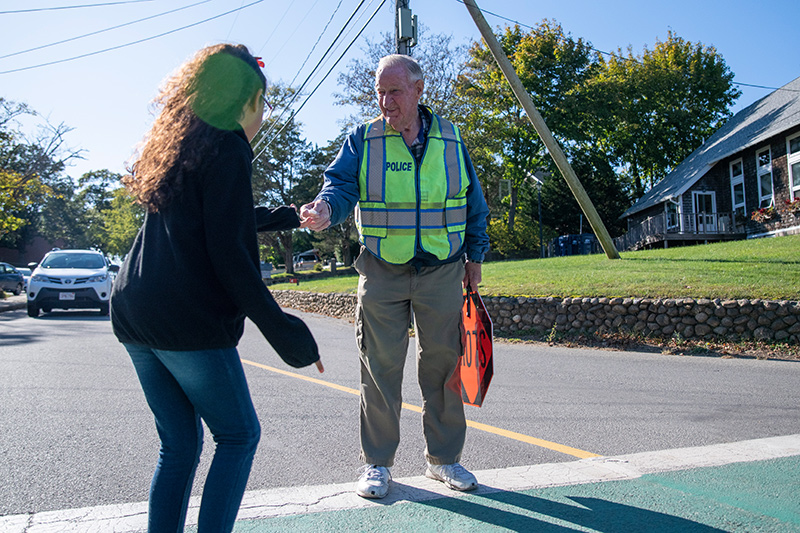 A Tisbury School crossing guard who had been relieved of duty and had his personal firearms confiscated for alleged threats to the Tisbury School was reinstated to his position on Columbus Day morning. Stephen Nichols was pulled from his post Sept. 20 after a waitress at Linda Jean’s Restaurant...

The magazines were discovered based on allegations Magri was considered a danger to himself.

On Sept. 17 Oak Bluffs Police received notice from Massachusetts State Police that Magri may be a danger to himself and may be armed, according to a police report. Oak Bluffs Police Chief Erik Blake and Sgt. Michael Marchand visited Magri at Oak Bluffs town hall, took a .380 pistol that he had in his possession away from him, and explained to him why they were there, according to the report. Magri subsequently volunteered to be transported to Martha’s Vineyard Hospital, the report states. Police records indicate the pistol in Magri’s possession was lawfully carried.

Edgartown Police, upon learning Magri was allegedly the subject of an involuntary mental health commitment and that he may be a danger to himself, moved to suspend his concealed carry license and his firearms identification (FID) card. At a firearms suitability hearing on Sept. 27, Judge Edward Lynch upheld the suspension of Magri’s carry license and FID card. Judge Lynch noted Magri did not contest the suspension, court records indicate. Oak Bluffs Police put Edgartown Police in contact with Magri’s wife in order to deal with guns and ammunition he stored at home in a “large biometric safe,” according to a police report.

Edgartown Police Sgt. Joel DeRoche was unable to open the safe at the Magri residence and “the entire safe and its contents were taken into safekeeping and removed from the house,” a report states. Edgartown Police seized a .45 pistol, a .357 revolver, a “compliant” AR-15 rifle, a 12 gauge shotgun, a .17 rifle, and sundry ammunition and magazines from the safe. While inventorying Raphael’s ammunition, I discovered two 30 round ‘hi-capacity’ AR-15 ammunition magazines inside a small green ammo storage can,” Sgt. DeRoche wrote in a report on Sept. 25. Unquote 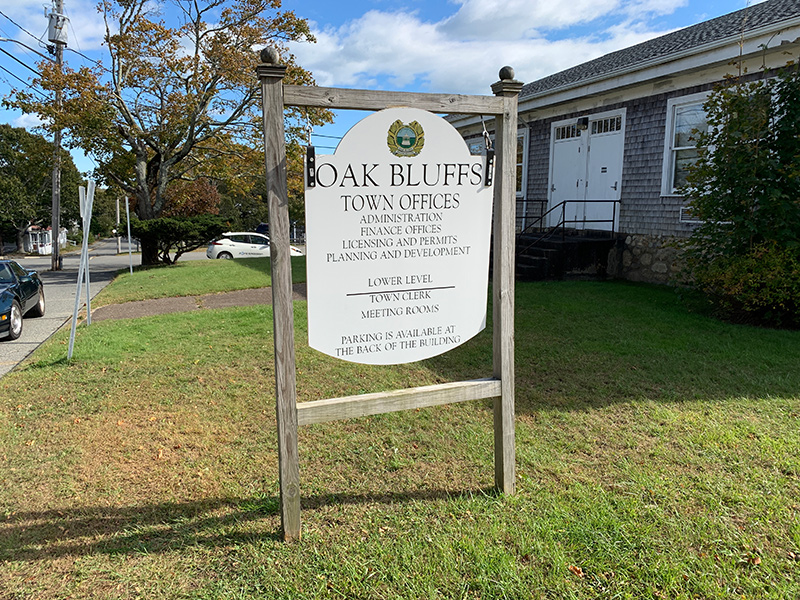 An Edgartown fire lieutenant and former Oak Bluffs building inspector faces two counts of unlawful possession of a high-capacity feeding device after Edgartown Police allegedly discovered 30-round AR-15 magazines in a safe at an Edgartown residence. The magazines are illegal under Massachusetts...

1. How can you go from voluntary to involuntary commitment?
2. how on earth can you be charged for something after the LE “legally” confiscated your firearm’s safe, broke into same to get your to firearms then find two ‘illegal’ mags?

Me thinks sumthung is rotten in MV...