It's almost like sci-fi and unthinkable, but this was in tonight's news: 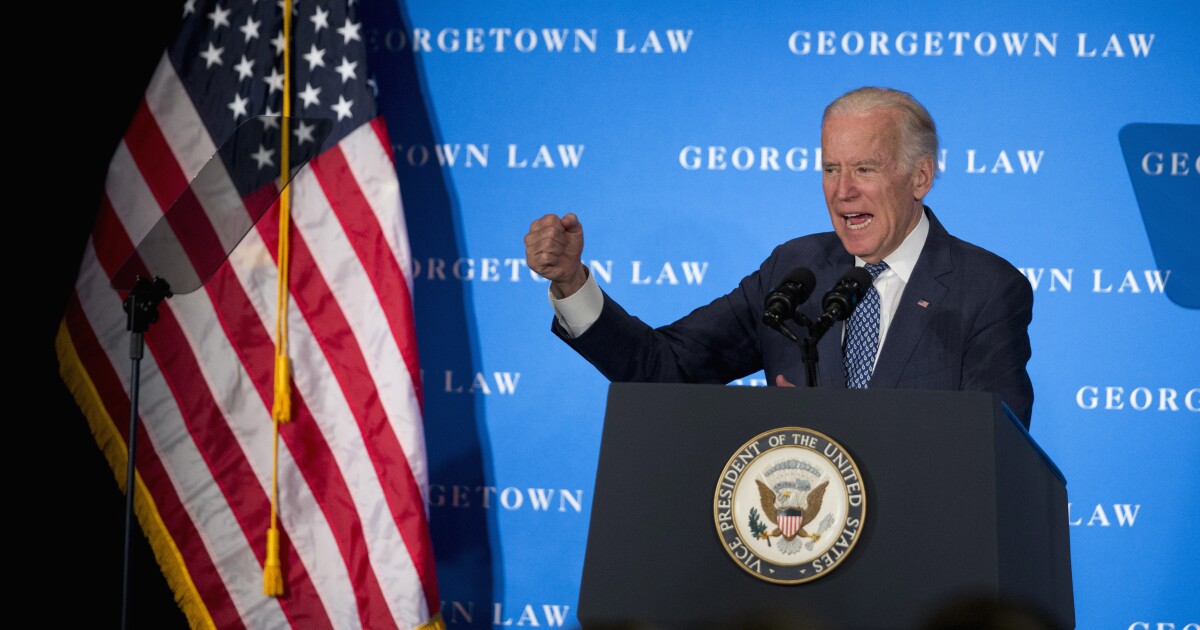 Trial by jury? Presumption of innocence? What's Biden got against the English law?

Former Vice President Joe Biden recently called for changing “white man’s culture.” When I heard that, I figured that he meant, say, ditching Cole Porter for Daddy Yankee and Snow. I mean, who needs a verbose song like “So in Love” — “Strange, dear/ but true, dear/ when I’m close to you, dear/ the…

The author may be taking Biden a little out of context:

Biden called on Americans to “change the culture” that dates back centuries and allows pervasive violence against women. “It’s an English jurisprudential culture, a white man’s culture. It’s got to change,” he said.
Click to expand... 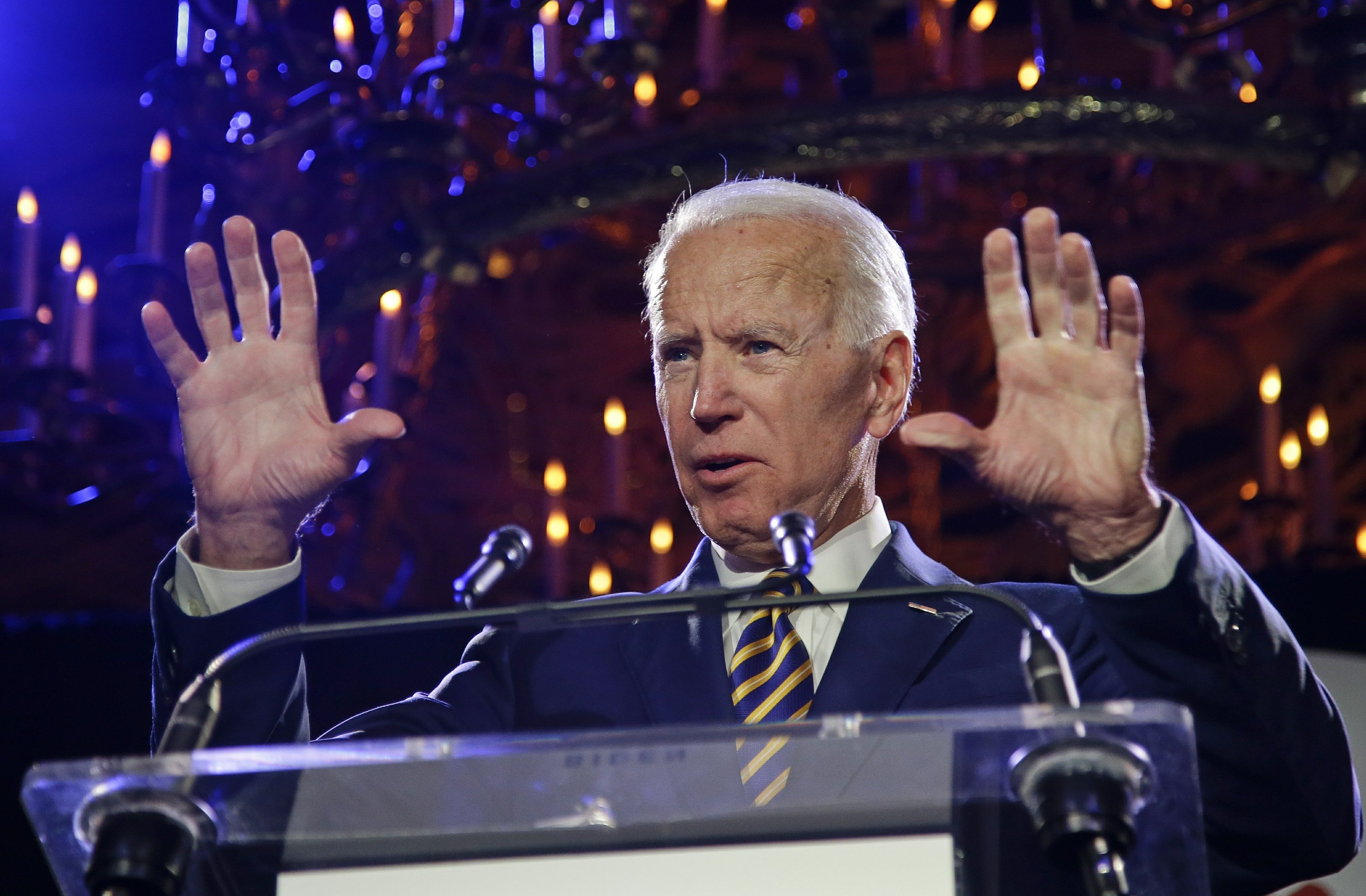 NEW YORK (AP) — Former Vice President Joe Biden condemned "a white man's culture" as he lashed out at violence against women and, more specifically, lamented his role in the Supreme Court...

But he has some good points. This opinion piece is about Common Law and jurisprudence, and most of you here know a lot more about that than I do. But obviously the same tactics could be applied to the Bill of Rights, the Constitution, or the entire system of government.

If being male is bad (a viewpoint which itself is sexist and in many contexts illegal) and being white is bad (ditto, racist, often illegal) yet if these are used as the popular rationale for socialist change, the 2A and the rest of our rights could be dismissed as simply outdated and racist, sexist artifacts. Just because white guys wrote them.

I don't believe the racial angle is the ultimate goal - that's the stated rationale, whereas the real goal may be socialism or whatever floats their boats, and they simply want to disrupt the culture that produced our system and gain political dominance, even if that includes targeting white people. Hatred of what makes our nation great. I'm proud of who I am, but I think many, many people who are not white men also happen to like our Constitutional and Common Law rights and safeguards! But even though it's absurd, the racial and sexist stuff is a very real danger given the fact that this can be mainstream news, that a leading politician and womanizer can speak freely against his fellow white men and take aim at our legal system for the stated reason of being the product of white male culture, which is assumed (and taught in schools) to be oppressive and toxic in place of his own personal handsy behavior. I don't think Biden himself will succeed politically, but the argument of tearing down white male culture could actually help dismantle the rights we have that serve all races - and all of the two genders.

Including 2A. Watch out!

The Framers created the system that did the most to end oppression of women and minorities. Their system raised the level of prosperity and freedom across boundaries—and even around the world.

Any new system will likely raise the level of oppression. It’ll just also change the objects of the oppression, giving the misimpression of correcting oppression.

Common law is great until you codify the boundaries of a legal system with a document that limits government...which includes judges. Terry v. Ohio shredded the 4A. Roe v. Wade shredded the 1A, Heller did not shred prior restraints on the 2A. Congress shredded the 10A. The 9A might as well not have been ratified. The 6A has been shredded by the lawyer's guild. When the SCOTUS decreed that reasonable restrictions on the 2A were permitted the US Constitution became a footnote a toothless tiger.

Let’s be clear, Scalia gave his "opinion." His opinion is not the law. Article VI of the Constitution describes what qualifies as the law of the land. The only national laws are the Constitution, congressional law, and treaties. And, congressional law (statutory law) and treaties are only lawful if they pass constitutional muster. In Heller, Scalia told you what the law of the land is, the “Second Amendment implicitly recognizes the pre-existence of the right and declares only that it ‘shall not be infringed.” Then Scalia reiterated, “Our opinion is, that any law, State or Federal, is repugnant to the Constitution, and void, which contravenes this right, originally belonging to our forefathers.”

Scalia, speaking for the court, specifically stated what the law of the land is. Anything else he says is his opinion, dicta. "Not absolute" is an opinion, it is not the law. The Supremes have made it clear, the 1A and 2A are absolute. Neither Congress nor the states can make a law that interferes with 1A or 2A, period. And, that is why “only in the home” was struck down.

Apparently, a lot of people believe anything they hear. That includes politicians and judges. Then they try to justify their opinion as law, destroying peoples’ lives.

The supremes (the liberal ones+Kennedy-O'Connor) in Kelo used "common law" to trash private property rights. While many states legislatures reacted quickly to reinforce protections for private property owners, their efforts apply to their respective states. Anyone can cite Kelo to take your land and it is quite possible that a future supreme court would uphold Kelo and strike down the enhanced state protections (or restrictions) on eminent domain. To this day what happened to Kelo could happen to you and Kelo shredded deleted the takings clause.
G

Courts don't rely on the COTUS.
They use terms like "long standing precedence, tradition " to destroy our rights.
None of which should be allowed in a court decision.

eye95 said:
The Framers created the system that did the most to end oppression of women and minorities. Their system raised the level of prosperity and freedom across boundaries—and even around the world.

Any new system will likely raise the level of oppression. It’ll just also change the objects of the oppression, giving the misimpression (sic) of correcting oppression.
Click to expand...

Uh, eye95, how did the founding fathers do a rat’s derrière to end oppression of women and minorities when during that period unless you were white male the remaining population didn’t exist!

Their system raised the freedom...rof Around the world...roflmao Really? Sure helped Nelson...

And goodness that bodacious gaggle of words i bolded...huh ~ “new system will raise oppression” “change objects of oppression” “misimpression”...what on earth are you unintelligibly rambling on about “new system”
Last edited: Apr 18, 2019

Sociopaths have been trying to justify absolute power for themselves from the very moment that humans were able to use the power of speech to lie to each other.

The Framers created the system that did the most to end oppression of women and minorities. Their system raised the level of prosperity and freedom across boundaries—and even around the world.

Any new system will likely raise the level of oppression. It’ll just also change the objects of the oppression, giving the misimpression of correcting oppression.
Click to expand...

eye95 said:
The Framers created the system that did the most to end oppression of women and minorities. Their system raised the level of prosperity and freedom across boundaries—and even around the world.

Any new system will likely raise the level of oppression. It’ll just also change the objects of the oppression, giving the misimpression (sic) of correcting oppression.
Click to expand...

Truly...
Let's see Woman's Suffrage movement began in 1848, oh 50+/- years after Forefathers signed their document(s) and if memory serves...it wasn't until half way through the Civil war, my a meager 60+/- years after the document(s) were signed, that President Lincoln, after violating numerous Forefather instituted constitutional provisions, grasped onto slavery as a theme only during the end of the second year/beginning of the third year of the Civil War, as a last straw effort to gain public popularity to the War's activities.

Prosperity was raised for those in the north but not the south as free trade was not restored until the carpetbaggers left...in the late 1880s.

yes let's discuss the forefathers great documents which ended oppression of women and minorities...late 50, early sixties ethnic riots come to mind...and oh yes, of course oppression of ethnic and gender specific citizens in this country has unequivocally ceased in this 21st century...hasn't it...all from our forefathers instituting and signing the document.

Oh, by the way...why does this Great Nation still have reservations mandated for the original Native inhabitants of the continent to reside?

First, there are treaties still in effect with the Indians.

Second, even though women lived in sufferage they actually controlled 1/2 the wealth of the nation.

Women control everything - all but the most "woke" men are putty in their hands!

Yet, they want more power.

color of law said:
First, there are treaties still in effect with the Indians.

Second, even though women lived in sufferage (sic) they actually controlled 1/2 the wealth of the nation.
Click to expand...

Oh so CoL those treaties were instituted by the forefathers during/immediately after instituting/writing the Constitution, as eye95 has claimed in previous posts...as according to him the forefather's put an end to oppression of the Natives...?

yes, even in today's environment women do control more than 1/2 of the wealth...obtained only after the men passed or divorce...24 Billion of late...sigh!

If we don't respect the work of the Founders, how can we uphold the Constitution and the 2A?

HP995 said:
If we don't respect the work of the Founders, how can we uphold the Constitution and the 2A?
Click to expand...

no HP995, et al., please advise where have i disrespected the founding father's work, but am just clarifying the rhetorical tag along myths reached through an individual's biased reading/or misunderstanding by ignoring reality of the founding father's times when they wrote their document(s), a concept of originalist/textualist ~ Originalists who believe that the constitutional text ought to be given the original public meaning that it would have had at the time that it became law.

There was no promotion of, nor elimination of oppression for women nor non-white males in those founding father documents ~ period.

Those perceptions, have been added in adjustment/amendments/judicial rulings, which again i read from their originalist perspective, e.g., addition of and sincere appreciation of the addition of LGBT individuals as a protected class, etc.

similarly, tis interesting as well as that the majority of the state's who changed their constitutions after the Civil War to accommodate the new class of "freemen" with the installation of veiled "Jim Crow" laws, some are still on the books and marginally enforced today!

Uphold...we need to separate the myths promoted by the eye95s of the world and hold true to what and why the founding father's wrote/acted as they did what they did to install this nation's existence.

next someone will state hashtag #metoo was a founding father perspective.

"Times" is great for TV shows, novels, historical fiction, and much history that is fiction. But we are individuals and much more than the times we live in. The docs penned by the Framers/Founders and the accompanying and resulting discussions and movements led to liberty for all. Good docs. Good people!

HP995, we shouldn't be 'of the times' as they are filled with political/societal/BS biases and not sure the late Judge Scalia nor other jurists who did/do not believe the document's meanings should be politically interpreted against current/recent past times, culture or our religious societal conscripts.

In fact, it was Jurist Scalia who's originalist/textualist interpretation '...of the right of the people'... in Heller that the 2A differentiated the amendment is an individual not collective right to bear arms.

color of law said:
Yet, they want more power.
Click to expand...

Given a choice, most people seek more "power".

Given a choice, most people seek more "power".
Click to expand...