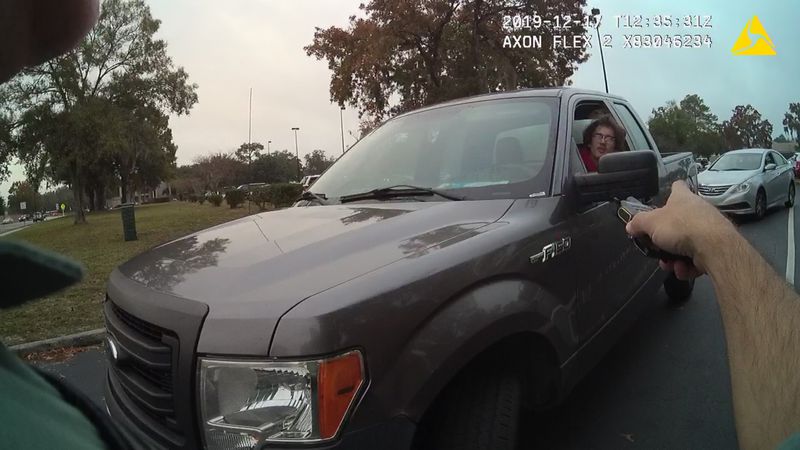 The student’s mother said two adults acted like children and wants both to be disciplined.

River Ridge High School Ms. Bond and School Resource Officer threatening to shoot my son for trying to go to an orthodontist appointment  after dropping of Another student who missed the bus 


https://www.washingtonpost.com/nation/2020/02/10/school-police-threat/
quote
A school resource officer employed by the Pasco County Sheriff’s Office and a school discipline assistant told him he couldn’t leave the campus in New Port Richey, Fla., on the morning of Dec. 17 or he’d be classified as truant and suspended. William, 17, had just dropped off a friend at River Ridge High School before heading to a morning orthodontist appointment. The boy told the adults he had an excused absence and would return later in the day with a note. After arguing for several minutes, he tried to pull his gray Ford F-150 around the golf cart to leave.
“You’re going to get shot, you come another f------ foot closer to me,” the deputy said. “You run into me, you’ll get f------ shot.”

The school suspended William from Dec. 17 to Jan. 9, his mother said. Then, River Ridge High School expelled him permanently.

Despite the dire consequences for William, the two adults involved in the interaction have faced few repercussions. The school district told the Times it is not investigating the incident. The sheriff’s office opened an internal review to determine whether the deputy, who has not been named, violated any policies. However, a spokeswoman for the sheriff’s office told the newspaper the deputy has not been suspended and continues to work at the high school. unquote

wow...just wow...suppose thats one way to stop truancy...threaten to shoot the student trying to leave ~ oh and then suspend them that afternoon, essentially throwing them out of school for three weeks ~ so confused!

This is why I'm encouraging my daughter to home school her kids.

What is it about Florida that makes people act like this? Is it all that rain and humidity??