Not sure how many here will remember Dana one of our servers at River City Diner but I've just learned that she is terminally ill. I knew 2 or 3 years ago that she's been diagnosed with cervical cancer but she had been doing well and I believed she was on her way to recovery. Unfortunately it's been discovered recently that her cancer had returned and spread reaching her brain. Apparently there's nothing the doctors can do and she's been given a matter of week, maybe a month, to live.
Like her, then, room-mate Courtney, Dana was a great friend to the Breakfast Club, taking over as our primary server when RCD fired Courtney.

I look back on the days when she would sit and eat gummy bears with Logan when he was about 2 years old, and the time when he was maybe 3 and they were chasing each other around an almost empty diner and she ran behind the counter, grabbing the soda hose and pointed it at him and Logan stopped still in his tracks and went "uh oh". Dana was the one who handed him a wet cloth and got him cleaning the tables in there, something he loved doing. And I can never forget the day Dana had him acting as a host and Logan took these 2 middle aged women to a table, put their menus and cutlery down and invited them to take a seat, they turned to Dana and said it was cute but they'd like to be seated properly, she just looked at them, looked at the table and said "you can sit down there, that's where I would have put you anyway"

For now they're trying to get Dana out of the hospital so she can spend her last days with her boyfriend, Jonathan, and their family. As far as I know Sheppard Street Tavern (2922 Park Avenue, Richmond, VA 23221) will be a collection location if anyone cares to help the family out financially, and at any point during business hours you may leave a direct contribution with the staff, just let them know it's for Dana Littlefield.

Dana is a good person and doesn't deserve this.

I feel your sadness, but life isn't fair and none of us are getting out alive.

I am so sorry to hear this very sad news and pray for Dana and her family.

Really miss those days at River City Diner. Dana and Courtney were the best and always welcomed everyone with such friendliness, ETC.

DoubleTap said:
I am so sorry to hear this very sad news and pray for Dana and her family.

Really miss those days at River City Diner. Dana and Courtney were the best and always welcomed everyone with such friendliness, ETC.
Click to expand...

Every morning for the past month+ I'd been waking up and warily checking messages knowing that one day I'd read the one I ended up seeing yesterday morning, a simple one from Jonathan (her fiance) saying "we've lost Dana".
RIP Dana Littlefield 3/1/1983 - 3/27/2022 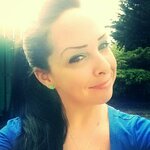 So sorry to hear of this sad news. A terrible loss for her fiance, family, and friends.

I miss those days. She as well as my fellow breakfast-eaters were all lovely people.
Makes me tear up, particularly thinking of Dale, Don, and Paul.

I've spent some time this past week putting together a slideshow of photos of Dana to be shown on the screens at Sheppard St Tavern on Saturday when they host a Celebration of Life for her. 2pm - 4pm April 9th the address is in the first post above, if any of the RVA gang wish to attend. I intend to be there and Courtney is coming back into town for the weekend to be there.
No actual funeral service, Dana requested her body to be donated to the Anatomical Society for research and was accepted so in a few months or so her ashes will be returned to Jonathan.

user said:
I miss those days. She as well as my fellow breakfast-eaters were all lovely people.
Makes me tear up, particularly thinking of Dale, Don, and Paul.
Click to expand...

Of those three, Paul is the one I miss the most, not that I don't miss the others but Paul's death was the hardest one to hear of

User, I feel the sadness with you when thinking of my Dale, and Paul and Don. Three truly great men. My heartache over the loss of Dale is always with me.

Scouser, that is a beautiful tribute you have planned for Dana. Wish I could be there to celebrate her life with you and all of her loved ones.