Judge Richter did not opine correctly regarding RSMo 21.750.3, he intentionally left out the qualifier he cited in RSMo 21.750.3(2) which buttresses BB62's legal point. Page, Richter and Hess did not take the opportunity to "educate" Judge Moriarity properly.

OC is legal with a permit in STL City and the zoo, even with the zoo considered a amusement park. The zoo is not private property.

RSMo 571.107 explicitly refers to concealed weapons. If the legislature intended to include OCing they have had several opportunities to clarify their intent prior to BB62's legal challenge.

In determining legislative intent, we give words used in the statute their plain and ordinary meaning. If the plain meaning would lead to an illogical result, we look past the plain language of the statute. - Richter (page 3 of the opinion.)
Click to expand...

The judges, Richter specifically, looked past the ordinary meaning of the words in RSMo 21.750 and interpreted, incorrectly, legislative intent.
P

If this is not finalized, what are the next steps?

phil1979 said:
If this is not finalized, what are the next steps?
Click to expand...

Thanks for the question. It was on my list to ask my fantastic attorney yesterday, but I forgot to do so.

A status conference was held on July 12, and the Zoo has filed a motion for summary judgement.

Let's see, didn't they do that once before, only to have the appeals court say "No!"?

Our response is due by August 28.

**Nearly five years** since this matter started, on May 6, 2020 Judge Moriarty once again ruled against me/us following the Zoo's Motion for Partial Summary Judgement. The judge has not yet ruled on the Zoo's request for yet another restraining order.

Again, following my attorney's advice, that's all I can say at the moment.

I will post further information as I'm able/as approved by the wonderful Jane C. Hogan, attorney-at-law.

P.S. - if anyone knows how I can link to the judge's decision, please let me know, or if someone is willing to host it, I can supply someone with the file. Thank you.
K

I will continue to host things for you on Google docs.

Permit does not authorize concealed firearms, where — penalty for violation.

RSMo 571.107. Permit does not authorize concealed firearms, where — penalty for violation. — 1. A concealed carry permit issued pursuant to sections...
Click to expand...

Emphasis is mine. Permits for CC are not required. OC is not subject to the statute.

OC for ME said:
Emphasis is mine. Permits for CC are not required. OC is not subject to the statute.
Click to expand...

The judge makes a reconstruction where none should have occurred in my view. Having a permit to OC, where RSMo 21.750.2 is invoked by a political subdivision, is not "connected" to RSMo 571.107.1.

"RSMo 571.107. Permit does not authorize concealed firearms, where — penalty for violation."

The judge emphasizing on the permit and not the manner of carry, specifically delineated in the two statutes.

However, I believe regardless of this issue of fact, Smith was prohibited by law from carrying a weapon, openly or concealed, onto the Zoo's premises.
Click to expand...

His opinion regardless of the facts (plain language in the statutes).

However, this does not end our analysis.
Click to expand...

This nitwit should have stated "However, this does not we will (I will) not end our analysis...because we don't like folks carrying guns where folks can see them.

Where two statutes covering the same subject matter are unambiguous when read separately, but conflict when read together, we must attempt to harmonize the provisions and give effect to both.
Click to expand...

Like Terry v. Ohio, these judges manufactured a harmonization out of thin air.

I will not go further because it will take the MoSC to decide this...and we know judges rarely hold their fellow judges accountable for their nitwittery.

OC for ME, since it is your home state I knew you would have a field day.

kcgunfan said:
I will continue to host things for you on Google docs.
Click to expand...

ONGOING appreciation to kcgunfan for hosting the most recent decision, which can be found here, named "Zoo MSJ granted 5-2020":

I'm guessing this is on appeal?

color of law said:
I'm guessing this is on appeal?
Click to expand...

As I understand it at the moment, the judge has not been asked to issue, and therefore has not issued, another restraining order - which WILL BE appealed if and when it is issued.

Since it is a partial summary judgement what other issues are unresolved?

color of law said:
Since it is a partial summary judgement what other issues are unresolved?
Click to expand...

I don't know the answer to that question.

BB62 said:
I don't know the answer to that question.
Click to expand...

Is this judge a con artist? The judge DECLARED that Saint Louis Zoo fits within the definition of one or more of the Gun Free Zones Carry Statutes and the Zoo's designation as a Gun Free Zone prohibits visitors, including Defendant from entering the Zoo property with a concealed or openly carried firearm. In other words, the zoo is a gun free zone, period. Based on this ruling what other issues could possibility nullify that? Nothing.

Anything to delay her decision from getting to the appeals court.
T

OC for ME said:
The judge makes a reconstruction where none should have occurred in my view. Having a permit to OC, where RSMo 21.750.2 is invoked by a political subdivision, is not "connected" to RSMo 571.107.1.

"RSMo 571.107. Permit does not authorize concealed firearms, where — penalty for violation."
Click to expand...

The fundamental question here is what makes a permit "valid". In my view, that's an issue solely of the permit's status. Was the permit was properly issued? Is it unexpired and unrevoked? If so, then the permit is valid.

The judge takes a different view, where the permit is "valid" only if it would be effective at its facial purpose at the current time and place. That's a question not just of status, but of circumstance. Can you carry concealed right now? If not, your permit is invalid.

I don't think that reasoning is sound, because the legislature is using a "valid" permit to authorize something that's different from the facial purpose of the permit. To use an analogy, there have been festivals in my local parks where alcoholic beverages are sold. I'd expect that I could present my unexpired driver's license in order to purchase a beer. The judge in this case would say, "Well, because there's an ordinance that prohibits driving in this park, your license is not valid. It doesn't authorize driving under the current circumstances, so you can't use it for a different purpose either. No beer for you."

Missouri is a permit free state. OC...no permit was ever required, CC...went permitless a couple of years ago. The Judge is to use strict scrutiny per the MO constitution.

(1) Carries concealed upon or about his or her person a knife, a firearm, a blackjack or any other weapon readily capable of lethal use into any area where firearms are restricted under section 571.107; or
Click to expand...

The MO legislature has made there desires crystal clear, there is no ambiguity...except in that judge's mind...a STL judge = liberal...anti-gun...anti-individual liberty... 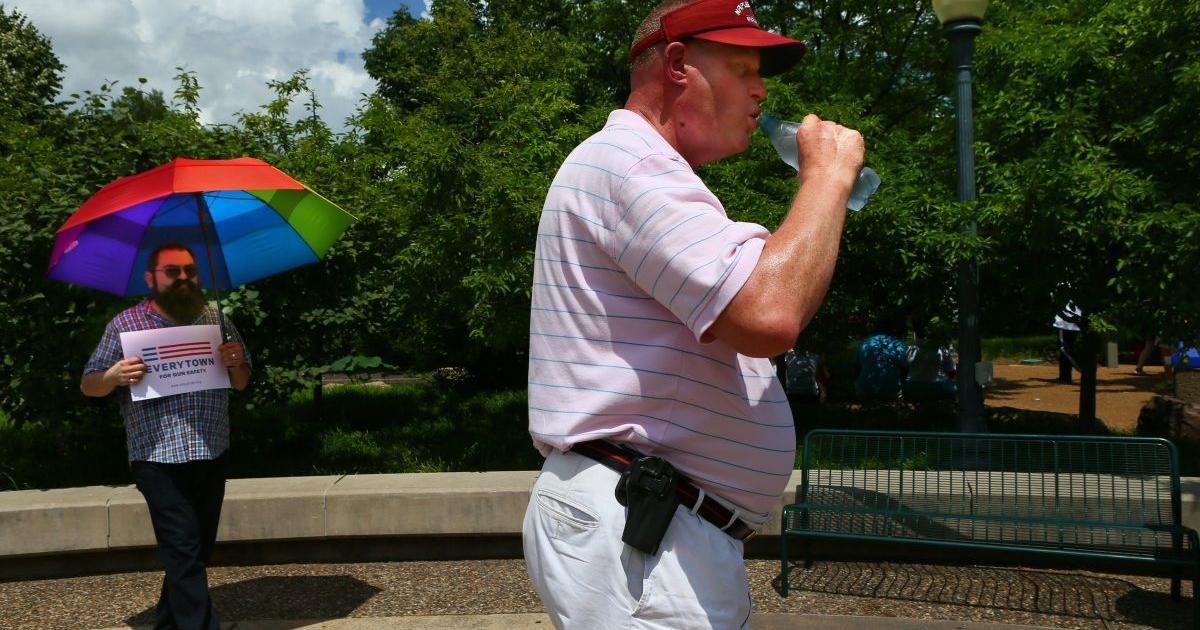 A St. Louis judge has upheld the zoo's policy banning visitors from carrying guns inside, declaring the publicly funded institution a gun-free zone.

"The St. Louis Zoo appears to have succeeded in officially becoming a “gun-free zone,” but its yearslong legal fight with a gun rights activist isn’t yet over.

The zoo is pursuing a portion of the estimated $150,000 in attorneys fees billed to taxpayers and spent defending the zoo’s gun ban in court. A lawyer for Jeffry Smith of suburban Cincinnati, Ohio, who challenged the firearms ban is criticizing the push for fees from Smith.
In May of last year, St. Louis Circuit Judge Joan Moriarty accepted the zoo’s contention that its 90-acre property in Forest Park qualifies as a school and a gated amusement park — two of 17 designations where Missouri’s open carry law forbids firearms." ...

Response to the Zoo's filing: https://www.stltoday.com/jeffry-smi...-9a0a63241578.html#tracking-source=in-article
.
.
Once again, my never-ending thanks to my attorney, Ms. Jane C. Hogan, as well as to those who donated to make the legal challenge a reality.
.
.
(Oh, and btw, the 2014 "march" in downtown St. Louis was A) NOT a march, and B) attended by about 80 people, not 40 as stated in the above article) https://www.facebook.com/events/690379891057306/
You must log in or register to reply here.
Share:
Facebook Twitter Reddit Pinterest Tumblr WhatsApp Email Share Link
Top